The school year ended and summer has immediately come into full swing. Jackson is already halfway through his first of four weeks of various summer camps he’ll be attending.   The following is a text I received the first day of camp from one of Jackson’s many A.R.T.S. Camp counselors.

“I can’t believe it! I am beyond proud of him. Oh, my goodness! He’s been going to all his classes and made many friends today! He’s doing the group cheer too! I’m so happy for him. He’s come so far!!! #teamjax” ~K.S.

This is the second year in a row Jackson has attended Dreyfoos School of the Arts’ summer camp. 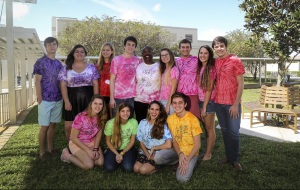 Photo courtesy of The Muse DSOA

This report is vastly different from updates I routinely received from last year’s camp director and dear friend, Lea Jefferson. Lea, I’m grieved to report, is no longer with us. She passed away in March after bravely and valiantly battling breast cancer.  Heaven gained an angel when Lea departed this life. She was, in my experience, a saint amongst the living. Lea’s selfless and tireless dedication to not only the kids at Alexander W. Dreyfoos School of the Arts, but to various underserved children in Palm Beach County as well, stands as a testament to her loving and giving character.  Those who knew Lea carry the treasure of her in their hearts. We are better for knowing her.

Lea literally dogged me to allow Jackson to participate in A.R.T.S. Camp. She began her campaign long before he was even of age to do so. Despite (my) great reservations, Lea was positively relentless. (I was certain Jackson’s sensory prohibitions would result in a waste of everyone’s time and efforts.) I am eternally grateful Lea didn’t allow me to blow her off. Not only Jackson’s life—but also OUR lives—are richer for her tenacious efforts. We hold the camp counselors near and dear to our hearts. Not only have they worked magic in Jackson’s life, but have become family. There are only two days of camp remaining. And once again, I am preparing to ugly cry. 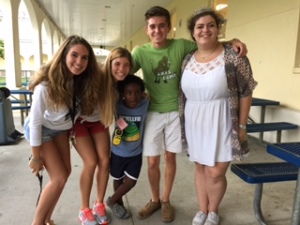 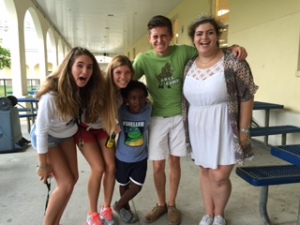 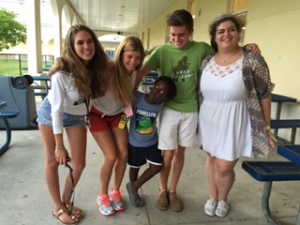 Week one was a welcome return to Hopes, Dreams and Horses (“HDH”) for Jackson. He hadn’t ridden since May so he was over-the-top excited to see Miss Kristy and his equine buddies. He goofed around and had a lot of fun. On Friday there was a program for the campers to exhibit the skills they learned throughout the week. Initially Jackson protested, stating he wasn’t going to participate. Now, he’s been riding at HDH for a year so I didn’t understand what the fuss was about. I told him he had to do it and give it his best shot. There were only four campers for the week, with Jackson being the youngest. He was the only child who required a lead line escort to perform the course. Everyone applauded after Jackson’s first performance (they were permitted two). That did it! He loved the praise and accolades and couldn’t wait to perform the course again. The second time it was a more confident and self-assured Jackson astride the horse.

I arranged Jackson’s summer camp schedule so he would have a week of downtime between camps. Of course he couldn’t wait to get back to HDH. Riding was all he talked about throughout his off week. During this week off my husband and I brokered a deal with Jackson. We told him that if he at least attempted to ride without a lead line in Friday’s show he could get a new train.

Jackson returned to the second week of camp a new child. He was determined to ride by himself—something he should be doing anyway, given his year of twice a week lessons. Jackson and I informed the camp instructor of our deal. She paired Jackson with a horse suited to his ability, and he set about learning to ride independently. He rose to the occasion. It was amazing to see not only the progress he made each day in his riding ability, but the confidence and self-assurance he gained as inherent by-products of his achievements as well. He was a new kid. He finally took ownership of his horsemanship instead of relying on the instructor to lead him around the ring. The latter simply enabled Jackson to lose focus and perpetuate a very lazy and passive approach to riding.

I’m overjoyed to say Jackson did it! He met his goal of riding independently in Camp Horse Power’s Friday program, and performed the entire course twice. He knew exactly what he needed to do throughout the course, and responded appropriately to the instructor’s reminders regarding hand placement and posture. I was so extremely proud to watch him—more for his sake than my own. He worked hard throughout the week and it paid off. Whether you’re five, 50 or 105, who doesn’t love to feel that sense of accomplishment?

Great job, Jax! Your dad and I are so very proud of you. Now let’s go get that train. 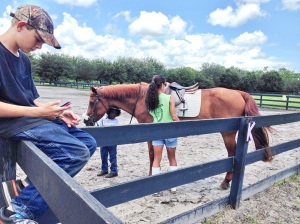 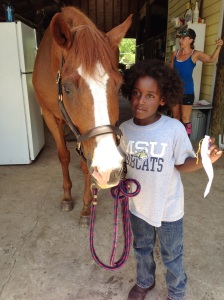 What better place to spend a no-school Monday than on the mountain? I discovered an amazing Godsend of a program. @eaglemountbozeman is a program that “empowers children and adults with a range of challenges to enrich their lives through adventure and activity. [Their] exciting array of opportunities, expert staff, and caring volunteers all encourage participants to ‘mount up with wings as eagles.’” Here, J-man and the two volunteers assigned to him are shreddin’ the #pow. What a gift they are. #bridgerbowl #snowboarding #mountainmama #mountainlife #montanalife #differentlyabled