“I began to feel that myself plus the bicycle equaled myself plus the world, upon whose spinning wheel we must all learn to ride, or fall into the sluiceways of oblivion and despair. That which made me succeed with the bicycle was precisely what had gained me a measure of success in life — it was the hardihood of spirit that led me to begin, the persistence of will that held me to my task, and the patience that was willing to begin again when the last stroke had failed. And so I found high moral uses in the bicycle and can commend it as a teacher without pulpit or creed. She who succeeds in gaining the mastery of the bicycle will gain the mastery of life.” ~Frances E. Willard, ‘How I Learned To Ride The Bicycle’, 1895

Yep.  This pretty much sums up my regard for riding a bike.  I recently came upon this passage from Frances Willard’s How I Learned to Ride the Bicycle: Reflections of an Influential 19th Century Woman.  Willard, who took up biking in 1893, at the age of 53, was (and still is) a well-known suffragette.  Originally published in 1895,  How I Learned to Ride the Bicycle was penned by Willard as a means to provide insight into both the profound impact of the bicycle at the turn of the century and the newly discovered freedom it afforded women in America.

To me, bicycling represents many things.  I too, experience the unparalleled freedom Willard alluded to.  Perhaps I’m narrow-minded, but I think everyone must feel this sense of freedom and the deep, personal satisfaction one experiences astride a bike, to one degree or another.  Whether you ride a bike for fitness, exploration, recreation, the sheer freedom you feel, or because it’s your primary mode of transportation and/or transport, when you ride a bike your bike is a cherished and oftentimes necessary possession.  That’s why I’m troubled each and every time I encounter the following. 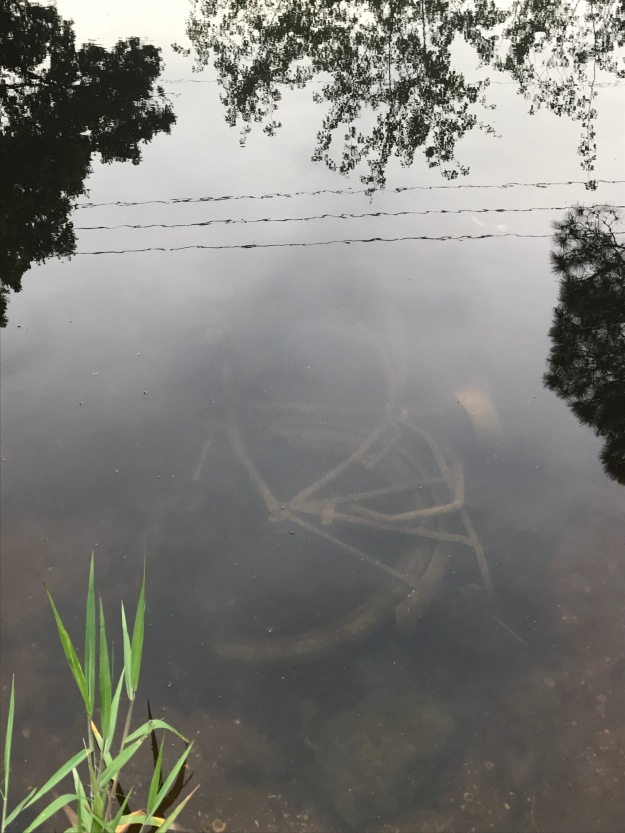 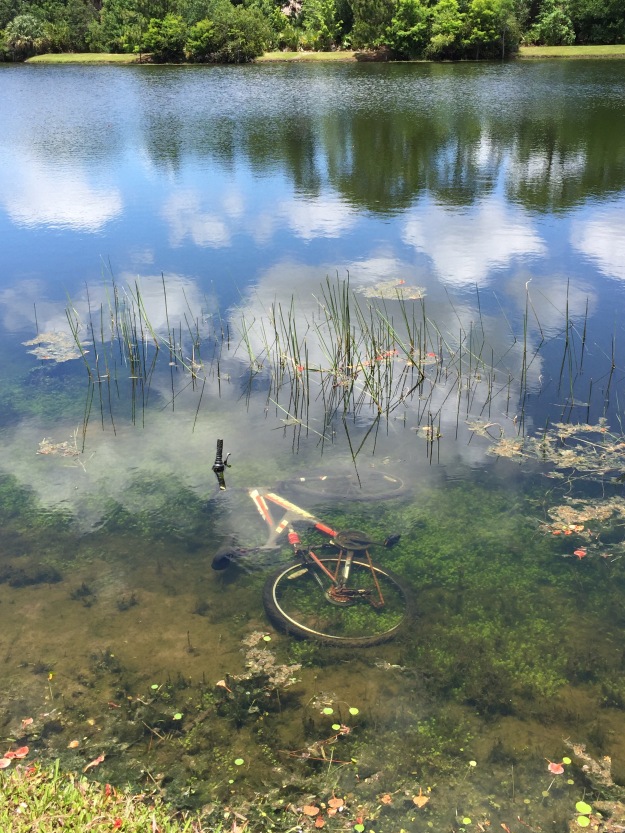 I’ll never understand why someone would chuck a bicycle in a canal, lake or empty lot.  Aside from the wanton destruction of property, I give a hoot and would never intentionally pollute.  My first instinct is the bikes are stolen.  Whether or not that’s the case, I’ll probably never know.  What I do know is this.  Those bicycles, in their watery graves, are depriving someone of a lot of joy, freedom, fitness, recreation and transportation.   At least that’s what I think when I happen upon them, which happens far more than these four photos indicate.

#WFH break. Look at this guy. He looks like he was born here, or born to be here at the very least. We’ve been married for 18+ years and business partners for nearly the same amount of time. In addition to all that he’s truly my best friend. That doesn’t mean we don’t disagree on all sorts of matters, but the truth is we really like and respect each other. There’s no one I’d rather spatially distance (that sounds so much better than “socially distance,” don’t you think?) with than him. Thanks for prompting a mid-afternoon stroll, @peakstopeaks . We really needed that. #mountainlife #montanalife #marriagevibes #takeastroll #wfhlife #socialdistancing #spatiallydistancing #makingitworķ
%d bloggers like this: